Skip to content
Getting involved in product is often a tricky path. Here is one product management graduate's path to a better product.

Hi, my name is Raj Moorjani, and I am the Director of Marketing at Tracks, and basically the Product Person, for a cool mobile application called Tracks (http://bit.ly/tracksapp). Recently, I took a course in Product Management at General Assembly, created and taught by Jeremy Horn, to more effectively communicate my product ideas to the rest of the company.  Below is my story.

Tracks is a way for people to make group photo albums (tracks) in a collaborative way. The app launched at TC Disrupt in May of 2011.  It began as a way for users to share photos around any event or experience in a private way. The app has evolved over the last couple of years, as we have better understood how people use it.

Back in January of 2013, I sat down and analyzed various metrics and KPIs such as Cohort, engagement time, retention, K-factor, and Cycle Plots. By doing a data first approach to product development I came up with a list of improvements we can add to the app. 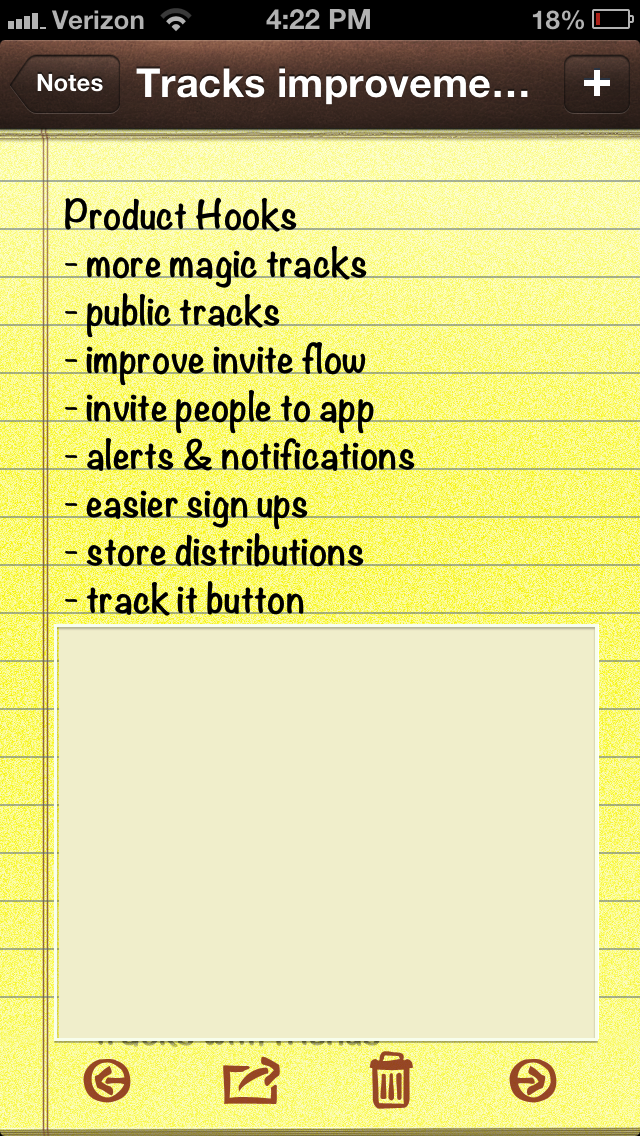 From this point, I had a brief discussion with the CEO, and then it was announced that we would be launching a 2.5 version of Tracks in the springtime!

Fortunately, I had signed up for the Product Management class at GA taught by Jeremy Horn. I learned the tools to be able to more effectively communicate my ideas to the rest of the Tracks team.

The top product ideas I wanted to focus on were:

I started drawing up the wireframes… 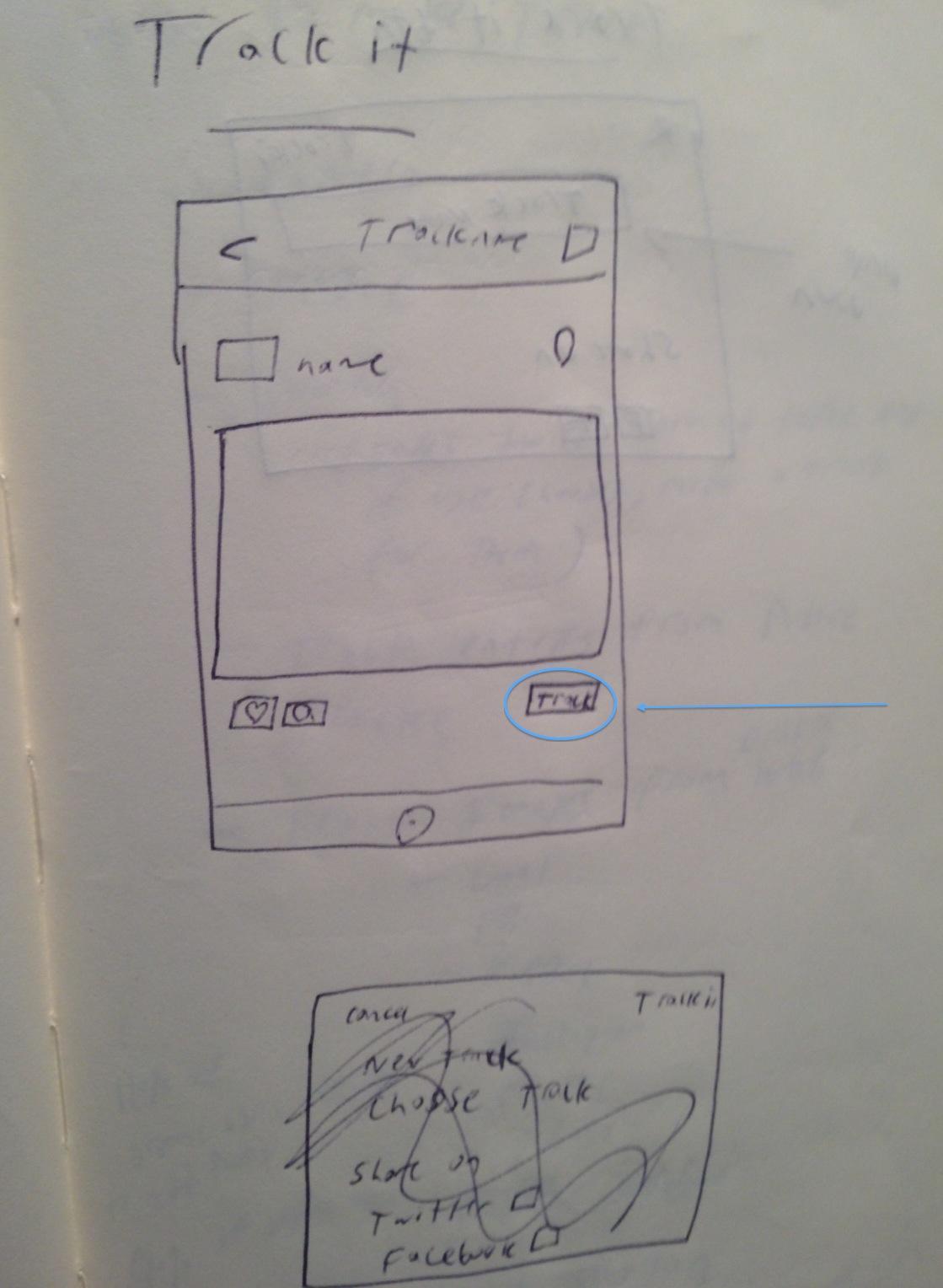 Here the Track it button would be placed below the photo.

After hitting the button, the user is taken to a screen to select where to put the photo. 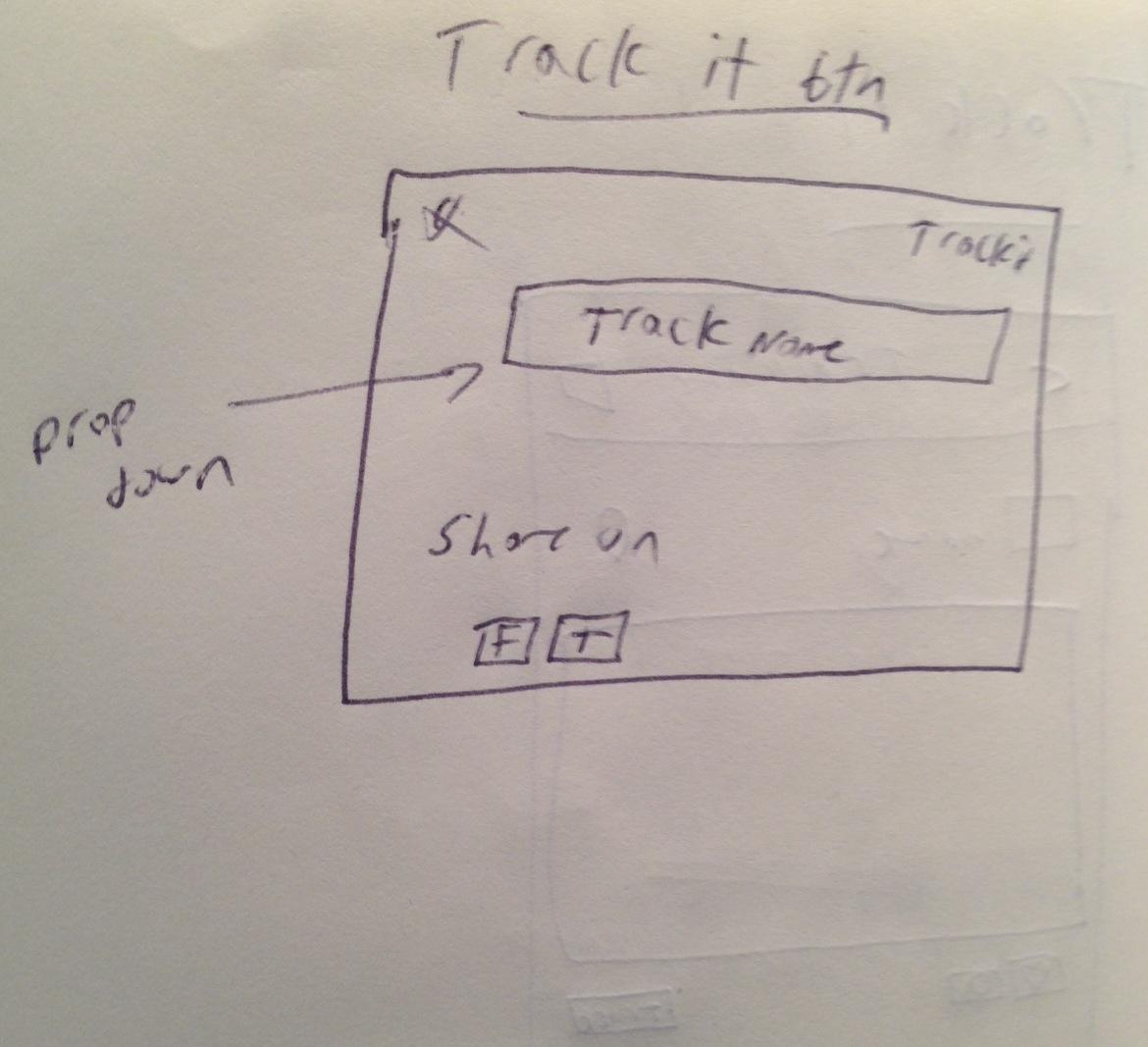 Wireframe of a ReTracked photo from the perspective of a user. 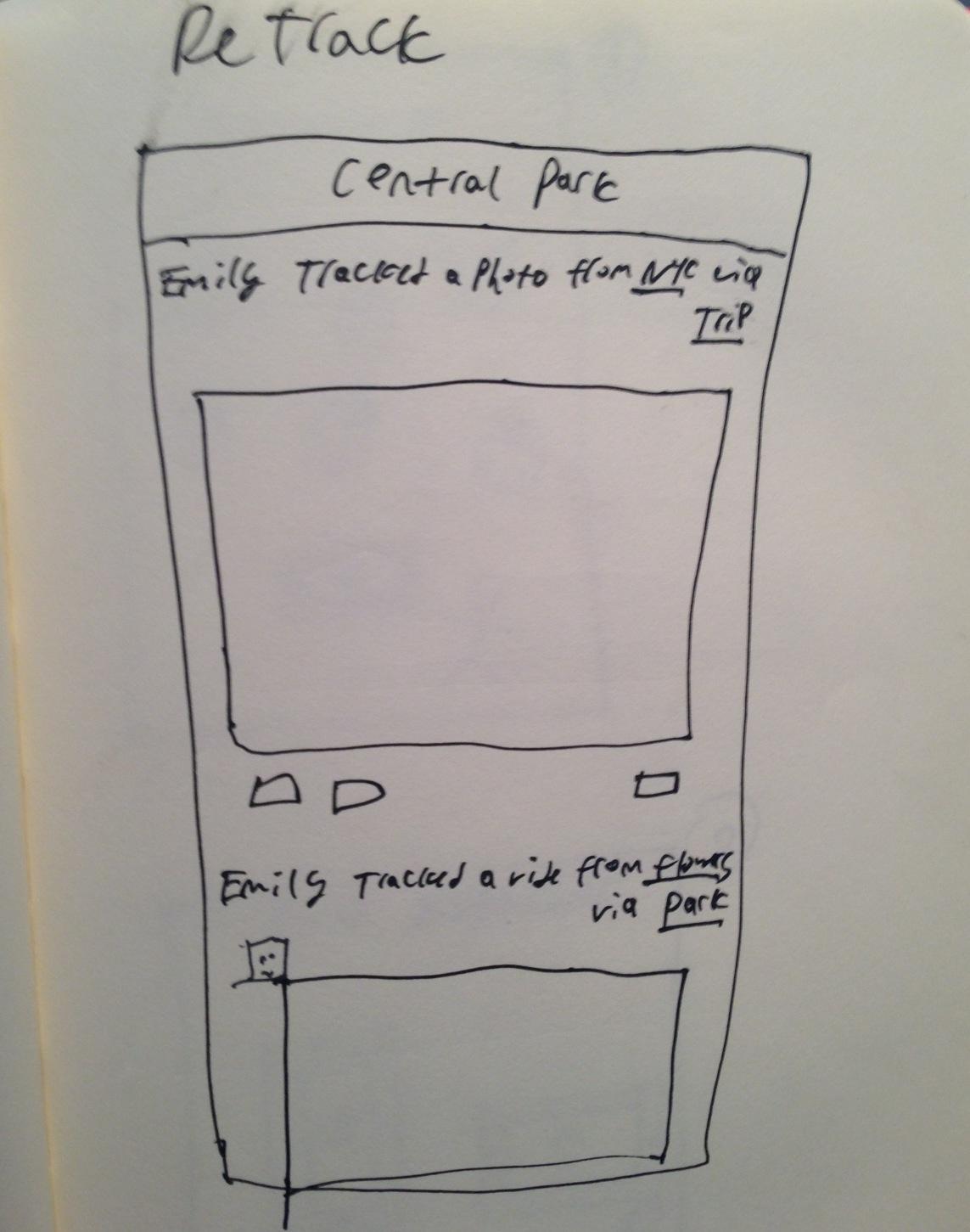 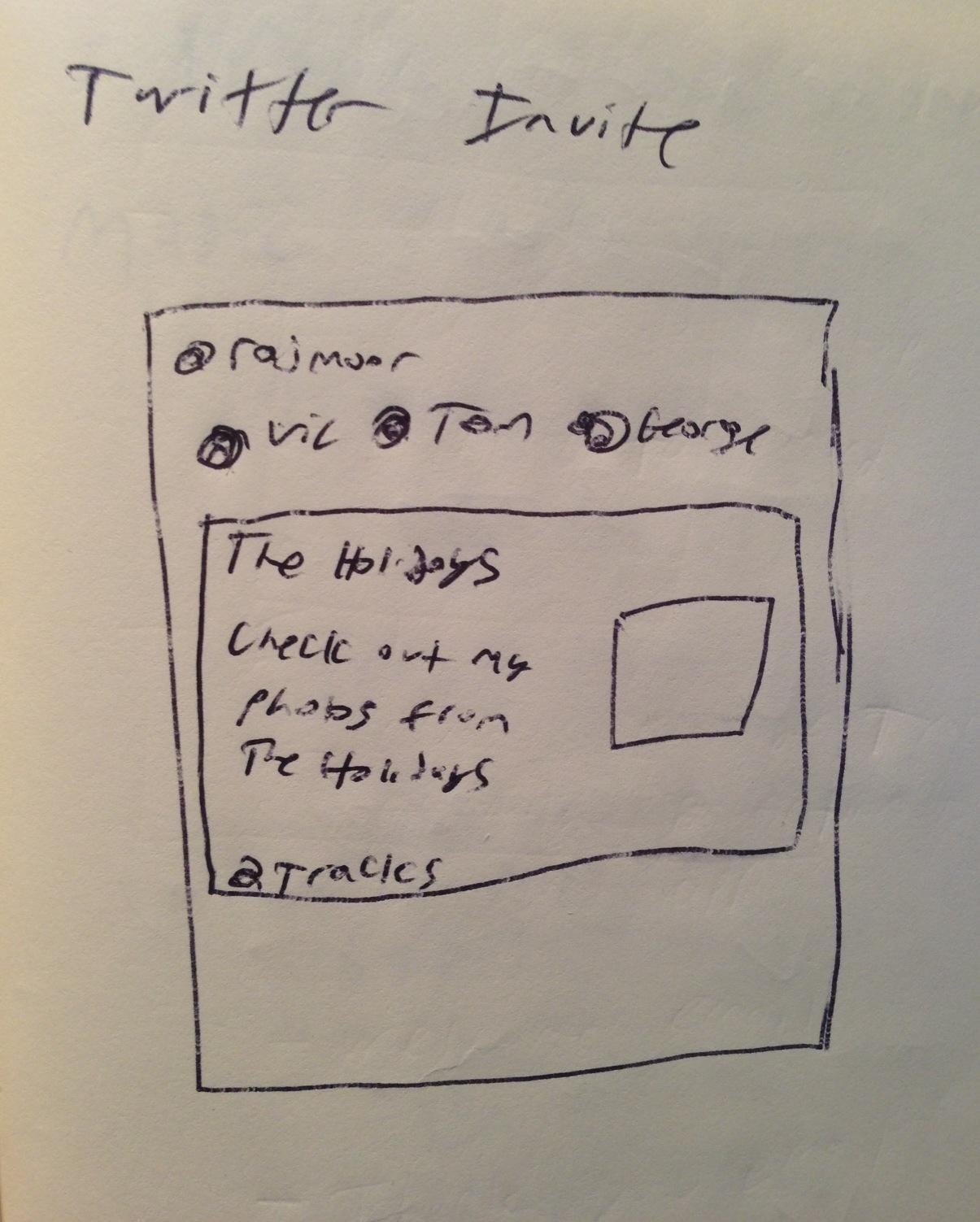 Tracks 2.5 – What ended up being built 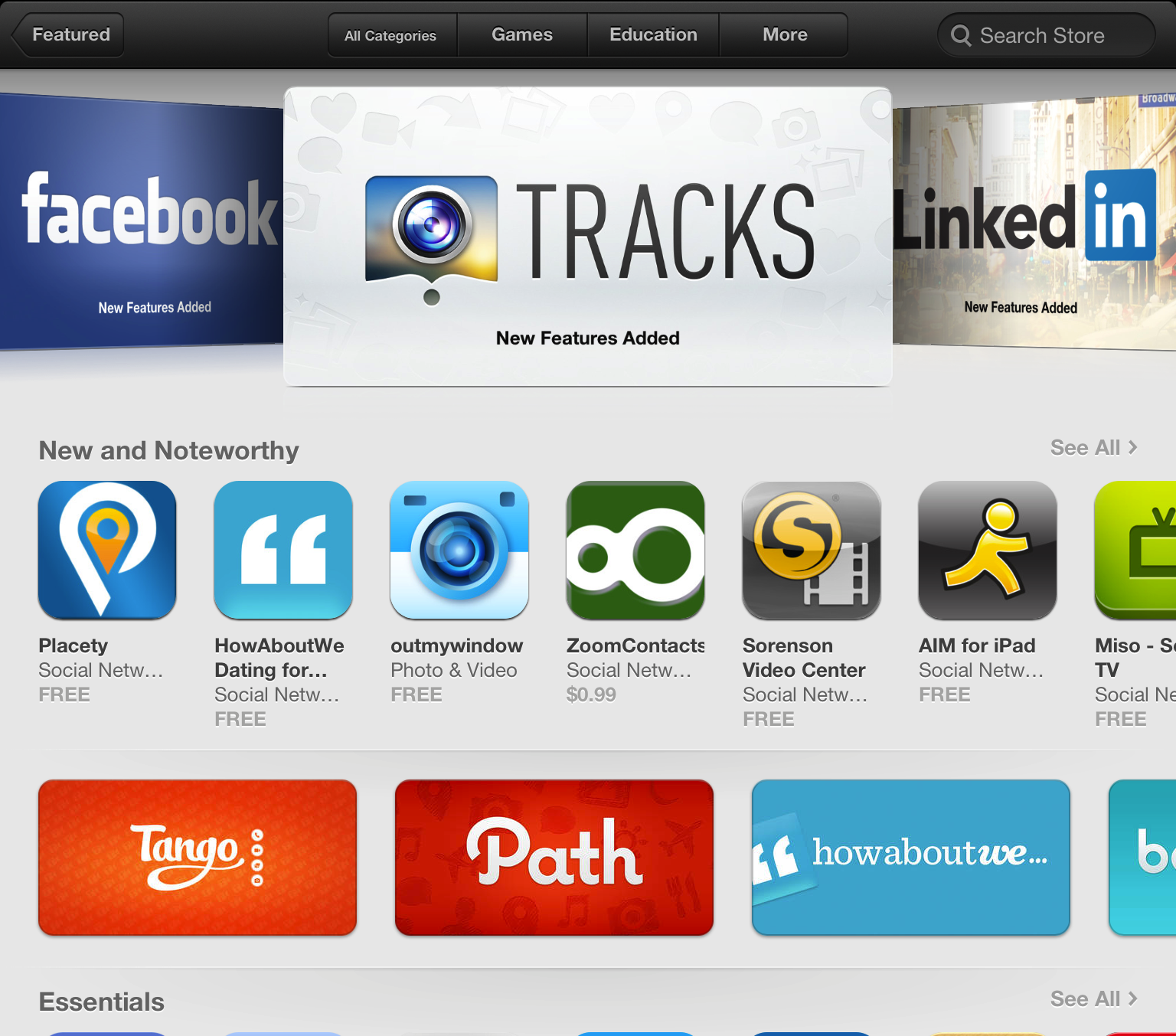 Then got some great press …

Now, I am heavily involved in the product direction of the app and we’re working on some really big things for the next version.